I am a fictioneer, poet, editrix, and critic. My preferred formats are short fiction, poetry, essays, reviews, and novels. Please see the Writing tab for a list of my works.

I hold a PhD in Comparative Literature (Science Fiction Track) from the University of California, Riverside, in the United States of America. I was affiliated with the Science Fiction and Technoculture Studies program through my academic interests, and was (very) tangentially associated with the SouthEast Asia: Text, Ritual & Performance program by dint of my creative work. I passed my qualifying exams in June 2014, with the following fields: Malaysian Literature, Anglophone Science Fiction, Postcolonial Theory, Cultural Studies (emphasis on Critical Race Theory). I graduated in December, 2017, with a dissertation entitled Shades of Sepia: Examining Eurocentrism and Whiteness in Relation to Multiculturalism in Steampunk Iconography, Fandom, and Culture Industry.

Currently, I work as an editor for Tachyon Publications.

My best-known work is my blog Silver Goggles, a postcolonial steampunk blog which looks at issues of race and representation in steampunk. I have a series of short stories set in an alternate-history Penang in which Captain Francis Light never establishes his colony. My favourite themes in writing are on relationships, metaphors, languages, community-building, utopic spaces. Most of my protagonists are young women or girls, and my biggest inspirations are David & Leigh Eddings and Charlotte Perkins Gilman. I am interested in details, tactility, and movement. As a critic, I like to analyze world-building issues, social diversity, and narrative choices.

I identify as a queer cis woman, so I'm all right with generic feminine pronouns. A woman of colour in North America, and a racial minority (Chinese) when home in Malaysia. Probably a dirty little socialist everywhere. I suffer from mild depression, which leaves me unable to write for long periods of time and creates a great deal of anxiety and sadness.

My surname, Goh, is Min Nan 吳. My great-grandfather is from an inland village called Green Garden in the Hainan province of China; he moved to Penang Island in the 1900s. I speak a smattering of Cantonese, read Malay passably, and a mess of Malaysian-English basilects besides Queen's English.

When I tear myself away from the computer, I cook, garden, hike, sew, raise earthworms, or otherwise loaf around. My favourite animals are tapirs, squirrels, and earthworms. My favourite flowers are the daffodil, the magnolia, and the peony.

"Halloween: How to Avoid Racist and Sexist Costumes." Kate Jongbloed. A Celebration of Women. Oct 2011.

"To The SEAs and Beyond: An interview with Jaymee Goh." Bryan Thao Worra. Asian American Press Blog. 20 Jun 2015.

"The Wonders and Politics of Steampunk with Cherie Priest, Beth Cato, and Jaymee Goh." The Skiffy and Fanty Show. 17 Aug 2015.

"The SEA Is Ours: Interview with Jaymee Goh and Joyce Chng." Marcus Gilman. Steampunk to Cyberpunk, Cthulhu, Science, Coding. 8 Oct 2015. 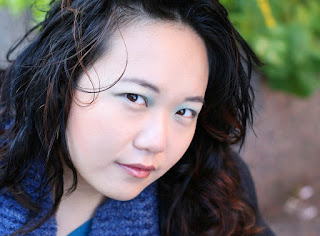 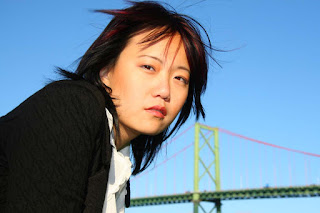 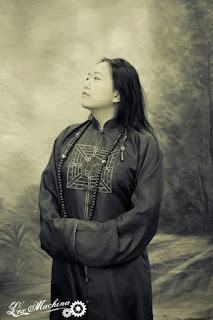 So I was moseying on to work this morning when I started hearing the theme song to 6teen in my head, and I was reminiscing on the time I used to have cable TV and I watched cartoons and the SciFi channel just about incessantly (okay, I also watched TLC). 6teen was an interesting show to me. The basic premise is that of six teens who hang out at a fancy lemonade stall one of them works at, and it follows their trials and travails as they figure out how to get by on their own, holding their jobs (or not) and how they work through their problems. It also happens to follow a very smart comedy formula, with multiple storyarcs within a single episode. The creators did a good job realizing that yes, a younger audience could indeed appreciate smart shows. The characters, being cartoon characters in themselves, are not exactly what one might call nuanced, but the creators certainly did try to explore different aspects of their characters. Jen, for example, works in the sporting goods store.
Read more

This has been retweeted in #talkaboutit for a bit, it's Louis C.K. doing standup. Transcript and thoughts below the cut.
Read more

Here's a question that comes up occasionally regarding fandom and subcultures and whatnot. "Isn't that the point?" I saw this come up a few times in the comments to my essay at Racialicious, and maybe I'm being a pedant, but it seems kind of silly to declare what the point of certain things are. Here's something that occurred to me: There is no point . I don't mean this in the "there is no spoon" sort of way, but, declaring what the point of steampunk is - "the point of steampunk is to re-invent the past!" Well. Not really. It's certainly the purpose of some of its participants, but I hesitate to name that the whole point. Now, I recognize that it's possibly useful as a rhetorical tool, but the more I see it, the more confusing it gets. Some things... just are .
Read more